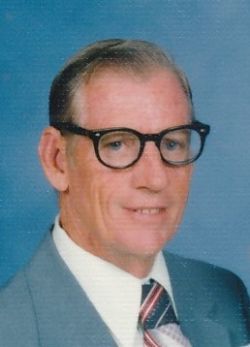 Donald attended Tivy Elementary and then graduated from Hot Wells High School in 1948.

Donald served in the United States Army as an Officer's Vehicle Driver in Honolulu, Hawaii and the Panama Canal.

He later returned home to Kerrville and started his career as Produce Manager at the original HEB. He met his wife, Ida Holliman, while working at HEB and they married in 1956; They celebrated their 65th anniversary in November of last year.

Donald spent later years working as an appliance technician at Montgomery Ward and as a member of the set-up crew at Spears Mobile Homes.

Donald was a loving husband, father and Papa. He was an avid reader, skilled mechanic, enjoyed gardening, and spent the majority of his time with his beloved family and a trusty ''hound'' dog by his side.

Services will be held at 10 AM, Wednesday, August 3, 2022 at Grimes Funeral Chapels, officiated by Rev. John Wheat. Interment will follow at the Goss Brown Family Cemetery.

In lieu of flowers, the family asks for donations to be made to the Goss Brown Family Cemetery, in care of Barbara Johnston, 122 Doris Dr., Kerrville, TX 78028.

Always enjoyed working with Don. We called him " Daddy Don" because he was the senior member of the set-up crew. My condolences to the whole Goss family. This man will be truly missed.

I had so many good times with Don running up
and down the roads moving houses. He always did
a great job as escort / pilot vehicle driver. Always
considered him a great friend to have. He even
tolerated all of the nicknames we called him.
Daddy Don , Daddy D , Mr. D , Private Goss ,
Grandpa etc.

Thoughts and Prayers For You
Bryant & Teresa Gage & Family

Love to you and your family, God bless you all.
Love always,
Diana