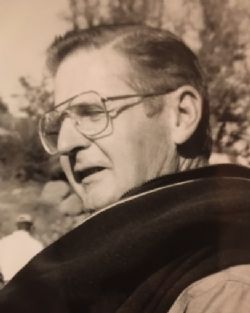 He was born in Louise, Texas, on July 2, 1940, the only son of Katie Sims and Ernest Hollub, but took his stepfather’s name, Herman Rogers, when his mother remarried. As a young boy, Gil learned how to play the guitar and won ribbons for his performances with his uncle, Lloyd Sims, a fiddler.

A graduate of the University of Houston with an engineering degree, Gil worked on several NASA projects in the mid-to late 60s. In 1961, he married Doris Lavonne Rogers, with whom he had three children. The couple were devoted to their faith and served as elders in their church, up to her death in 2004.

After Doris’s death, he married Debbie Kay Schuebel and the two settled in Eddy, Texas, and were devout members of their congregation, Central Texas Church of God for more than 15 years.

Members from the Congregation said, “Debbie and Gil were instrumental in the construction of our Church building and greatly contributed to an atmosphere of love and concern for others in our Congregation. Both Debbie and Gil were musically talented -- Debbie sang and Gil played his guitar, but not always to the high standards he set for himself! His love for God showed in all he did in life. He lived his faith and was a very dear friend and a good man to many of the brethren over the years. They had many friends and will be greatly missed!”

He was preceded in death by his first wife, Doris and his second wife, Debbie, who also succumbed to COVID-19 on August 22, 2021. He is survived by three children: son Bryan Rogers and his wife, Julie; daughter Christine Shia; son Mack Rogers and his wife, Samantha; six grandchildren: Joshua and his wife, Mila; Kelsie and her husband, Justin; Brooke; Zachary; Mason and Allegria; and four great-grandchildren: Maiya Elizabeth, Leighviana Wild, Naveigh Joy and Henry Milo.

Both Gil and Debbie will be buried in the Rogers’ family cemetery in Medina, Texas. The funeral is handled by Grimes Funeral Chapels.

Gil was always kind and thoughtful. His presence in this world will be greatly missed.

Our heart mourns for you and Debbie. Your love for God and the truth were an encouragement to us all. Peace until we meet again.