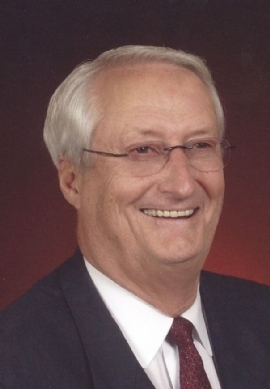 Born in San Antonio June 5, 1936, Grimes is the son of the late W.T. and Nell Grimes. He attended schools in Alice, graduating from William Adams High School in 1955. He graduated from Dallas Institute of Mortuary Science in 1956, served his apprenticeship in Aransas Pass and was employed in funeral service in Corpus Christi for 10 years and San Antonio for 10 years.

John married Susie Barr from Sinton, Texas, in 1967, and they have two grown children, Becky and Johnny. He moved to Kerrville in 1977 and he and his wife purchased Plummer Funeral Home. Grimes is a member of Trinity Baptist Church and has served as the Sunday School director of Adult 1 Department and Property Committee chairman for the church. He served as President of Texas Funeral Directors Association in 1979-1980. John belongs to the Kerrville Rotary Club, board member of the Kerrville Parks and Recreation Advisory Board, board member of the Hill Country Advisory council of Schreiner College, member of Former Texas Rangers Association, and life membership in the Texas Lions League for Crippled Children.

He is also advisory board member of the San Antonio College of Mortuary Science, belongs to Kerrville Masonic Lodge #697, Alzafar Shrine, Hill Country Shrine Club, and Kerrville Order of Eastern Star Chapter No. 24. At the State Convention in San Antonio, in June of 2003, the Texas Funeral Director’s Association honored John by naming him “Funeral Director of the Year.” 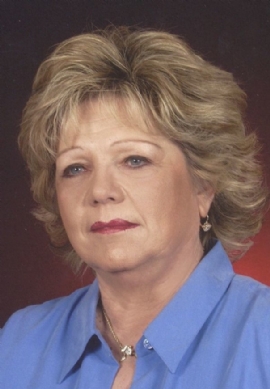 Susie Barr Grimes was born in Sinton, Texas, on April 23, 1946, to the late Edgar A. And Molly Sanders Barr. She married John Grimes on October 21, 1967, in Sinton. To this marriage two children were born, Rebecca Lynne (Becky) and John Arnold (Johnny).

John and Susie have worked side-by-side for 35 years. They are both members of Trinity Baptist Church in Kerrville. Susie has been a board member of many organizations, including the Hill Country Youth Soccer Association (being registrar for many years), Kerrville Little League Association, and board member and past president of Friends of Hospice.

She also was a coach for children’s soccer and baseball teams. She is also a member of the Order of Eastern Star in Kerrville. The great passion of her life, however, is her family. She loves being a Mother and cherishes her role as a grandmother (MumMum) to her four grandsons, Hunter, Walker, Austin and Carson. Pastimes she loves includes reading, gardening, swimming, hunting, and playing tennis. 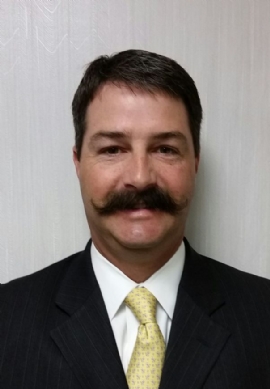 Johnny is the son of John and Susie Grimes and was born in San Antonio, Texas. He was raised in Kerrville and graduated from Tivy High School. Johnny attended Hillsboro Junior College for two years and Sam Houston State University on a rodeo scholarship. Then he went to Commonwealth Institute of Funeral Service in Houston and in 1998 he graduated from mortuary school.

He married Stacey Brent from LaPorte, Texas, in 1997, and they have two sons: Hunter, who was born on November 1, 1999 and Walker Thomas, who was born January 20, 2003. Johnny and Stacey are members of Trinity Baptist Church (where they were married). Johnny is a member of the Kerrville Masonic Lodge No. 697 in Kerrville and Professional Rodeo Cowboy Association. In his spare time, Johnny enjoys calf roping and team roping, golfing, hunting and spending time with his family. 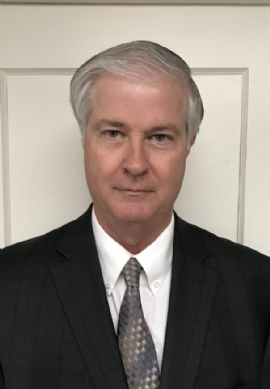 Lynn has been a resident of Kerrville since 1979, the year in which he received his funeral director’s license and in 1980 his embalmer’s license. He is a graduate of Dallas Institute of Mortuary Science, graduating with honors. Lynn and his wife Sharon (whom he married in 1978) are members of the First Baptist Church in Kerrville. They have two children, a daughter Ashley and a son Wade. 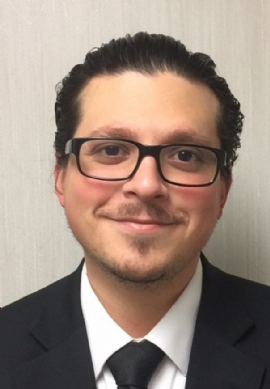 After graduating from San Antonio College in 2017, Ricardo “Ricco” Juarez returned to Kerrville to work at Grimes Funeral Chapels.

Originally from the Rio Grande Valley, Ricco found his way to Kerrville through Schreiner University where he holds a B. A. of General Studies in Business, Communications and Psychology. In his spare time, Ricco enjoys reading and cooking. 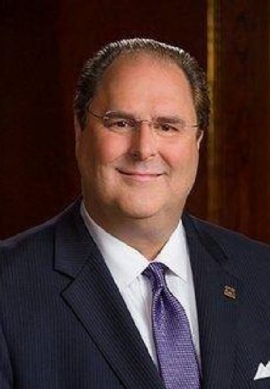 John began his 47 year funeral service career in 1973 in his hometown of Wichita Falls, Texas. Licensed as a Funeral Director and Embalmer in 1976, John was associated with mostly large, corporately owned funeral homes. By 1980, his rise in management began, serving in a management capacity in Texas’ largest funeral homes in Dallas, was a Managing Partner of the largest funeral home in Santa Fe, NM, before returning to Austin as Sr. VP of a funeral home, fleet service and professional Care Center for five locations, and finally to Houston where he served as President of one of the nations most prestigious funeral homes.

John was licensed in New Mexico and Oklahoma in addition to Texas.

John is a Past Worshipful Master of his Masonic Lodge, President of his Scottish Rite Class, member of the York Rite, Eastern Star and Director General of the Bedouin Shrine Temple, where he crossed over the Hot Sands. He is a past president of the Rotary Club of Santa Fe, NM; twice chairman of the Santa Fe Immunization Coalition; Chair of the National Christmas Tree Ornament Project, former board member of the Texas Immunization Partnership; Baylor College of Medicine Partnership; Trustee of the Houston Grand Opera; Governing Director of the Houston Symphony; Member of the Huffington Center on Aging Advisory Board, Board member of Legacy of Giving, Austin, TX; former Membership Chair of the Austin, TX Rotary Club and former member of the Rotary Club of Houston and Kerrville Rotary Clubs; Eagle Scout, God & Country Award recipient and Order of the Arrow Brotherhood of Honor Campers.

In 2006, John was ordained an Episcopal Priest in Santa Fe where he served a local parish and after obtaining Holy Orders in the Anglican Communion, has served, with the exception of three years, as the Rector of St. Michael and All Angels Anglican Church in Kerrville since 2010, moving here in 2018 to be a full time priest. Since being in Kerrville, John was glad to meet Johnny Grimes through the Rotary Club of Kerrville and has been very pleased to assist the families that choose Grimes Funeral Chapels since October of 2018. He is grateful to Mr. Grimes for this opportunity to serve others.

Meeting John it is obvious that his hobby is eating…especially Texas BBQ. There is no distance too far for John to drive and get the best Texas has to offer. 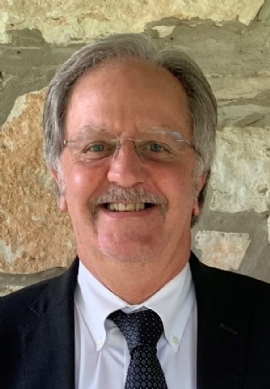 Randy was born in Port Arthur, TX. He graduated from Port Neches Groves High School and joined the Navy in 1978. He was stationed on the USS Coral Sea and achieved the rank of Machinist Mate 3rd Class.

Randy worked in construction and heavy equipment operations before attending the Commonwealth Institute of Funeral service in Houston, TX. He graduated with honors. Randy has been employed with Grimes Funeral Chapels for 12 years and is a licensed Funeral Director, Embalmer and Certified Crematory Operator. He is married with 2 kids and grandkids. He likes to fish, ride motorcycles and gardening.

Kyrsten Wood was raised on a farm in Columbus, Nebraska and graduated high school from Scotus Central Catholic in 2013. She then attended Central Community College in Columbus for two years.

Kyrsten then went to mortuary school at the University of Minnesota graduating in 2017. After graduating from mortuary school she moved to Austin, Texas to pursue her career. Kyrsten moved to the Texas Hill Country recently and is excited to join Grimes Funeral Chapels and serve the families in the area. In her free time, Kyrsten enjoys listening to live music, baking, and traveling to spend time with family and friends.

Paulette was born and raised in Kerrville, TX and is a 1991 graduate of Tivy High School. She knew very early in life that she wanted to go to Mortuary School which led her to move to Houston, TX to attend Commonwealth Institute of Funeral Services. She completed the Associate of Applied Science Degree Program in November 2003. She completed her Apprenticeship at Johnson Funeral Home in Houston, TX and worked there for several years as a Licensed Funeral Director and was a member of the Houston Metropolitan Funeral Directors Association. 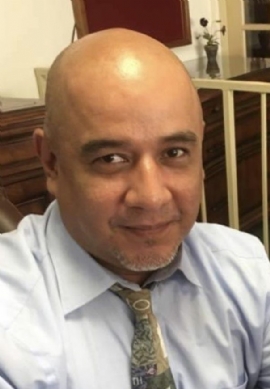 Joe M. “Joey” Lopez Jr. was born September 13, 1971 in San Antonio, Texas. He was raised with his four sisters in Kerrville. He attended and graduated from Tivy High School in 1990. Joey moved to San Antonio for a couple of years where he attended Norwest Vista College and worked in the hotel hospitality industry.

He returned to the Hill Country and put in 22 years in the restaurant industry before finding a home working with the Grimes family. He is the father of 6 children. His current hobbies are coaching and assistant coaching baseball for his youngest son since he was in T-Ball. He loves science-fiction movies and many more outdoor activities. 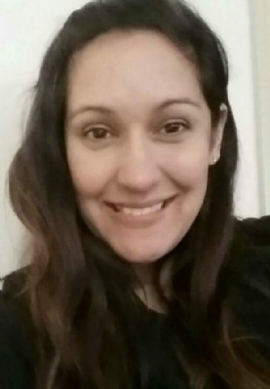 Gillian has been the secretary at Grimes Funeral Chapels since April 2002. She was born on November 28, 1979 in St. Paul, Minnesota to David and Marian Thomas. Her parents and five siblings moved to Kerrville in 1982.

The family relocated to Seattle, Washington in 1991 where she graduated from Ingraham High School and North Seattle College. She moved back to Kerrville in March 2002 while visiting her two sisters during a brief road trip. She has a son, Cam Fetters, born August 4, 2004. Gillian’s hobbies include reading, watching movies, traveling and spending time with her family. 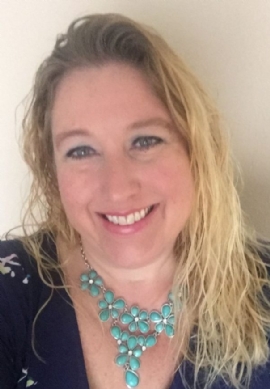 Penni has lived in Kerrville most of her life and has spent many hours volunteering in the community. She has worked for Grimes since December 2017 as the Accounting Manager.

She and her husband enjoy spending most of their free time golfing and socializing with friends. 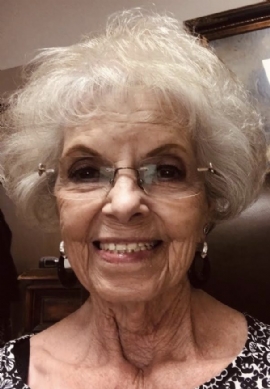 Carol is no stranger to the funeral business. She was a funeral counselor for over 13 years.

She is happy in her position as front desk receptionist and enjoys being able to serve others. She is a native of Kerrville and is a devoted wife, mother and grandmother. 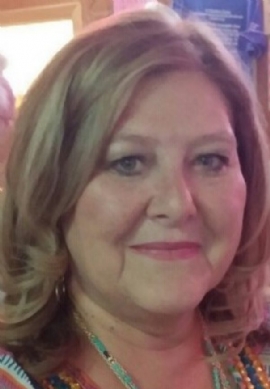 Joan is a native and lifelong resident of the Texas Hill Country. She is the daughter of Wilton and Bobbie Nell Crider and was raised on the family ranch in Medina.

Her face may look familiar to some of you. Joan worked at Schreiner’s Department Store for 27 years; right up to the closing in 2007. After that, she worked at other retail stores in the area until joining Grimes Funeral Chapels in July 2019 as the front desk receptionist.

As a 15 year member of the Kerrville Memorial American Legion Auxiliary Unit 208, she helps support our veterans, active military, their families and our community. She has held various positions at the local, district and state levels. The Auxiliary’s motto of “Service Not Self” is how she tries to live her life. By working for us here at Grimes, she feels that she helps serve our community in their time of need. 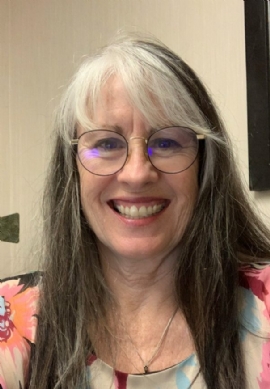 Jo Ann was born and raised in Midland, TX. She grew up on a cattle ranch and cotton farm. She graduated from Midland High School. Jo Ann graduated with Honors from Midland College and received her RN license working in this profession for 25 years.

She has worked to rescue many horses and to heal, train and re-home them over the last 20 years. After retiring from animal rescue, she has a small herd of 5 Icelandic horses in the Kerrville area. Jo Ann became a part of Grimes Funeral Chapels in 2017 and enjoys working with families to develop their Pre-Need Planning portfolio. Jo Ann is married with 2 children and grandchildren. Hobbies include horse activities, art quilting, promoting animal rescue.