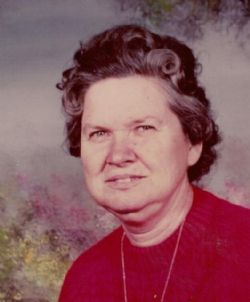 Naomi was born on March 4, 1932, in San Marcos, Texas, to Charles and Irene Smith of Medina.

Naomi was preceded in death by her husband, Stanley (Dan) Irvin Mudd in 1963, her oldest son Milton Charles Mudd in 2014 and a sister, Violet Marie Norwood in 2021.

For those desiring, memorial contributions are suggested to the Alzheimer’s Association.

The family invites you to send condolences at www.grimesfuneralchapels.com.

Funeral arrangements are entrusted to Grimes Funeral Chapels of Bandera.

Dear Larry,
I am so sorry to hear about your mom.
She was a special person.
Thinking about you.
Take care and our condolences.
Debbie Moffett Pipes

Mrs. Mudd was always so nice and she just beamed when she looked at her boys. She always supported what they wanted to do. She was a strong woman too, raising two children by herself. She will be missed.