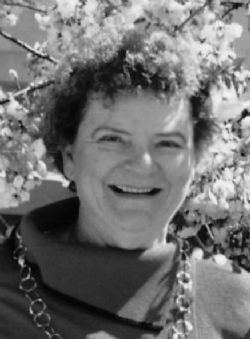 Phyllis was born May 23, 1928 in Sapulpa, OK. Her parents, Charles William and Annie Laurie Burt Chancellor, moved to Midland, TX in 1939. Phyllis finished high school there and attended Sophie Newcomb College and The University of Texas. She was a member of Zeta Tau Alpha.

She married Richard Francis (''Dick'') Nelson on June 20, 1949 and left the boom town of Midland to start her married life afoot and with no car in Centralia, IL (Dick had sold his car to buy her engagement ring). A car did come along the second year. That was the first of the eleven wonderful homes she made for Dick and her children in their many moves for Shell Oil Company (including the Hague in the Netherlands, and Calgary, Canada). She was a member of The United Daughters of the Confederacy, The Colonial Dames of America, the Junior League, and Riverhill Country Club, and was a very competitive bridge and tennis player. She was an active and devoted church worker in the Women's Ministry at Chapelwood Methodist Church in Houston. In her lifetime she wore many hats - she was a Brownie and Girl Scout leader, and Sunday school teacher. Dick retired in 1989 and they moved to Kerrville and became members of the First United Methodist Church.

Phyllis was a gourmet cook and was known for her crème brulee', cheesecake, roasted pecans, and oatmeal cookies. These were special treats bestowed upon many. She was an avid quail hunter and trout fisherman alongside Dick. She loved decorating her home for every holiday, much to the delight of her grandchildren and great-grandchildren. She was a great card writer, and never missed writing a thank you note.

Phyllis was preceded in death by her husband and is survived by a son, Richard Jr. and wife Kristi Dunks of Bozeman, Montana; daughter, Marjorie Riettini and husband Pierre of Kerrville; son, Burt Nelson of Houston; and son, Stuart and wife Shelley Nelson of Houston; seven grandchildren, Michael, Caroline, and Philip Riettini, and Stuart, Grant, Thomas, and Jericho Nelson; and two great-grandchildren, Richard and Robert Riettini.

She leaves heartfelt thanks to her family, friends, doctors, and healthcare workers, for the very special love and care she was given during her lifetime.

Inurnment will be at the First United Methodist Church Columbarium, next to her husband Richard. Private services will be held at a later date.

What a Love Story your parents had. Such a JOY sharing a small
part of their large life! Sharing in your grief but also thankful that
they had so many wonderful years together.

We want to send our deepest condolences to the family for your loss. Aunt Phyllis was one heck of a lady, but was also a "great gal". We loved her big spirit and big sense of humor. She was a very special person who we all will miss greatly. We take comfort in knowing she is home with Dick now, and are sure they are having some great adventures and laughs in heaven as this is written. I hope you are finding comfort and peace knowing she led a full, faithful and joyous life with a family she adored.