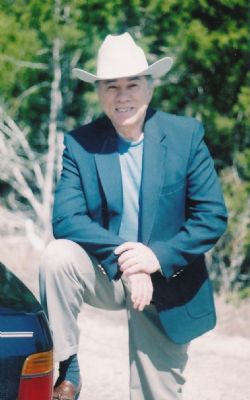 Jose Encarnacion Tijerina (Jesse), of Kerrville, passed away at home surrounded by his loving wife and children on Sunday, October 10, 2021. Jesse was born on April 16, 1946 in Corpus Christi, Texas to Jesus Tijerina and Luz Peña. He had seven siblings Elodia, Minerva, Gloria, Rosalinda, Jose, Juan Manuel, and Richard.

Jesse attended Roy Miller High school in Corpus Christi and continued his education to receive an Associate's Degree. When he was younger he worked as a stock boy and cashier at Bill's Grocery Store. Jesse was a hard worker and was known for his work ethic. It didn't take him long to be put in the position of store manager at Burger Chef. In due time, Jesse supervised all the Burger Chef locations in Corpus Christi and surrounding area.

Jesse was a proud veteran and served in the United States Air Force. He was also a teacher and a director of a bible school in the Philippines where he devoted decades of his life training missionaries and sending them out to provinces that did not have knowledge of Jesus Christ.

He was known for his sense of humor and enjoyed teasing his siblings through out childhood. He would spend time with his brothers fishing and hunting or truck driving with his father. As an adult he loved to travel and was a well thought out travel planner. He loved to take his family around the U.S. and took many family trips outside of the country.

Jesse married Janeth Abines on September 29 in Calamba Laguna, Philippines. They had a marriage ceremony again in the United States on July 4, 2005 in Ingram, Texas. Together they had four children, Christopher John, David Jay, Kristy Marie, and Timothy Jesse.

Jesse fought a hard battle against cancer for two years. He succumbed to cancer in his home, as per his request, surrounded by family. Many people loved Jesse and called and visited him during this time showing their love and support for their father, grandfather, brother, uncle, and friend.

Jesse was preceded in death by his parents, Jesus Tijerina and Luz Peña, and two sisters Elodia and Rosalinda, affectionately known as Cha Cha and Hita.

Jesse is survived by his caring wife of 22 years Janeth Tijerina and his children. From his first marriage: Jesse James; Jacob Gabriel; Jeremy Raul; Liza Christine; and two grandchildren Yazmine and Rebekah. From his second marriage: Christopher John; David Jay; Kristy Marie; Timothy Jesse and one grandchild on the way.

Interment will be at Fort Sam Houston Veteran's Cemetery in San Antonio where full military honors will be provided.

Kuya/Tito Jesse we are really missing you! We are thankful to you and to your family for all the memories that we had shared you will always be missed. God only knows your sacrifices for His glory truly you are a channel of blessing to everyone of us here in Philippines not only by material things but in spiritual matter the most. Kuya/Tito maybe ypu're gone from our sight, but never from our hearts, Mission Accomplished our Bible School Director! Rest in Paradise now. And to the Family of Kuya/Tito Jesse Tijerina Words can’t express how saddened we are to hear of your loss, may the sorrow you feel in your heart lighten by the love that surrounds you and today and always, may God bring you peace, comfort, and strength accept our heartfelt sympathies for your loss. We are here for you to include your family in our prayers, now and forever!
-Buates Family

Jesse and Betty were good friends of our family. Jesse’s in-laws were best friends with my parents , Rudy and Juanita De Russe. Our thoughts and prayers are with all of you; James, Jeremy, Jacob, Liza and the rest of the family. I am sorry for your loss.