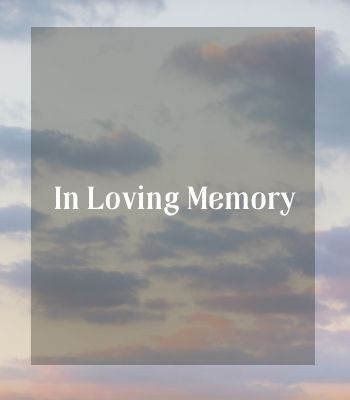 Patrick Cass, Jr. was born at Spohn Hospital in Corpus Christi, Texas on August 31, 1950 to Betty Jo McIlwain and Patrick Cass, Sr. He died on May 2, 2022 in Kerrville, Texas after a long illness.

Throughout his early years, he enjoyed being with his grandfather, John, an immigrant from Ireland. Pat remembered the fun times when his grandfather would dance a jig or drink green beer on St. Patrick's Day, always a little bit-'o-the-Irish passed down to his grandson.

Pat's early schooling began with the nuns in Gregory, Texas; he later attended the Cathedral School in Corpus Christi through 8th grade. He remembered with fondness those years with the nuns…prayers, weekly Mass, and even getting his knuckles rapped (which he said he deserved!). He began high school at the Corpus Christi Minor Seminary, run by the Jesuits, then transferred to Gregory-Portland High School, from where he graduated in 1968.

Pat was heavily involved with the University of Interscholastic League speech competitions in high school, advancing all the way to state in Poetry Interpretation. He also participated in choir, musicals, and ensembles. While attending Del Mar college in Corpus Christi, he worked summers at the local Reynolds Aluminum plant. Pat was elected president of the student body, and was co-editor of the poetry newsletter, offering some of his own poems.

He met Dorothy Netek in high school; they were married in 1970 and settled in San Marcos where she studied at the university there. Pat attended the University of Texas at Austin, and graduated with a Political Science degree in 1972. They moved to Tivoli where Dorothy taught music; Pat joined the Texas Army National Guard, planning training for the troops and advancing to an E-4 ranking. Upon his return, they moved to Goliad where Pat taught at-risk teens at the Devereaux Foundation. After the birth of their first child, they moved to Brownsville where Pat taught at Villa Maria High School, then moved to Carrollton and Farmers Branch where Pat worked for UNICEF as their regional coordinator. He later took a job with SMU in fundraising; they made their final move to the Hill Country where Pat worked for Schreiner College in fundraising, later becoming a broker with Shearson-Lehman and other brokerage firms.

Pat was a graduate of one of the first classes of Leadership Kerr County. He was active at Notre Dame Catholic Church, teaching religion classes and in the Catholic school. He was an avid reader while collecting numerous books, sang in the choir, and was a third degree member of the Knights of Columbus. He enjoyed hiking and acting in plays and musicals at the Point Theater in Ingram.

Besides his wife of 51 years, he leaves behind his daughter, Katie Hart (Patrick) and son, Kevin (Sarah), and his dear granddaughters Addison and Brynnlie Hart, sister (Kathleen) and two brothers (Mike and John), as well as many nieces and nephews. He was preceded in death by his parents and brother, Casey.

The family is so very grateful for the loving care afforded him by Alpine Nursing Home and Embrace Hospice. Services will be at a later date. In celebration of Pat's life, memorials may be made to St. Peter upon the Water in Ingram, or to the Knights of Columbus (Fr. Kemper Council #6409).

Throughout his life, Pat maintained a sense of humor and a dry wit. He said his favorite Latin verse that he ever learned was ''Veni, Vidi, Vici'' (I came, I saw, I conquered). And, that is where we will leave this story.

I worked with Pat during the time he served the Doyle Community Center as its director. He undertook this position due to the loss of friends who perished during 9 11 in NYC. Pat was overwhelmed with grief regarding the attack on our country as well so donated his time. I observed many times his dedication to the emotional needs of the Doyle community youth with sensitivity to individual needs and by creating uplifting group experiences. I was honored to assist a caring and special man. My condolences and prayers to all who loved Pat.

I am sorry to hear of your loss, but thankful that Pat is free of illness. My younger sister saw John's facebook post and shared the info with me. I found this wonderful obituary by searching for your names. May you experience God's peace and comfort.

Dorothy, our sympathy to you & family at the loss of pat. . Augie enjoyed his visits
Of Pat. Augie enjoyed the many visits with Pat
While in Kerrville. May Perpetual light shine upon
Him. RIP Patrick❤️