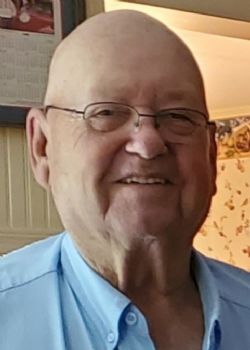 Music was the love of his life. He never met a string instrument he couldn't play. He was a member of The Poverty Playboys for 25 years. They played for numerous civic and gospel events. His favorite was playing Country Western and Bluegrass gospel.

Howard always had a special place in his heart for his animals. Even after moving off the ranch, he would still come out to drive around and check on them. Making sure to bring snacks to feed Lullabel and the goats.

Most importantly, was his love for his family, especially his 20 grandchildren and soon to be 13 great-grandchildren. He had the ability to light up a room with his loving zest for life.

Funeral services will be held at 10 am, Saturday, June 11, 2022 at Grimes Funeral Chapels in Kerrville. Dr. Joe Taylor of Southern Oaks will be officiating. Burial will follow at Harper Cemetery.

Memorials can be made to either Harper VFD or Mountain Home VFD.

I am so sorry for your loss. Howard will forever live in your heart.