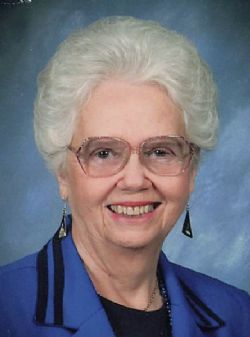 Mary grew up on ranches near Concan, where her Father raised goats, sheep and cattle. She and her only brother rode horses to a one room school for several years. It was called the Bear Creek School. After the area school consolidated with Sabinal, she rode a school bus often leaving and returning in darkness as it was a 40 plus mile round trip. There were very few vehicles at schools in those days and students either rode a bus, walked or rode bicycles to get to school. She was a Majorette and later the Drum Major of the Sabinal Band. Other honors were Cypress Queen and FFA Sweetheart. She graduated in 1944, during the World War II years. Heartache and heartbreak was common as seven friends and classmates were killed serving their country. It was especially hard, because of the small number of students.

She went directly to Uvalde and got a job at the First State Bank, so her work habits started early. In 1946, she married her first husband and they spent a number of years at Texas A&M University following World War II. Both her sons were born in Bryan, Texas.

During the years that followed, Mrs. Woodward worked for the Air Force where she did the layout and wrote all the articles for the monthly base magazine in Hondo, Texas, an excellent typist, she was also secretary to the Personnel Director of the base; after moving to San Marcos she worked for the Army in Security and Communications departments at Camp Gary; She later got jobs during the years and at different times working as secretary for Department Heads of Business Administration; Physics; Economics and The Athletic Director of Southwest Texas State, San Marcos. She also attended SWT during these years.

Mrs. Woodward was a member of the Order of the Eastern Star, having served as Worthy Matron in Sabinal and San Marcos Chapters. She also served as Deputy Grand Matron, District 5, Section 6, in 1972-1973. She also held several other Grand Appointments within the Eastern Star. She obtained her 50 year certificate of membership in May 2003. She was a member of the Daughters of the Republic of Texas and organized the Caddel-Smith Chapter in Uvalde in 1977. Her ancestors served in the Battle of San Jacinto for Texas Independence. She held a State appointment with the Library Committee in the DRT for two years in 1979. She was also a member of the Daughters of the American Revolution, The National Society Colonial Dames XVII Century and the National Society Daughters of the American Colonists. She was appointed to serve on the Board of Directors, Southwest Texas State University Bobcat Club in 1985. On August 2, 1987, she received an award from Abilene Christian University in appreciation for her help to her husband in writing his commentaries of the New Testament. Mrs. Woodward was a member of the Church of Christ. She and her husband donated the land and helped create the Riverside Church of Christ in Kerrville.

Services will be held at Concan Church of Christ at 10 AM, Wednesday, June 29, 2022. Lewis Ray Melton will officiate. A visitation will precede the service from 9-10 AM at the church. Burial will be at Concan Cemetery.

Condolences may be sent at www.grimesfuneralchapels.com.

Funeral arrangements are entrusted to Grimes Funeral Chapels of Kerrville.

Mary was my dad's (Jack Caddel) first cousin. She was one of the most gracious ladies I will ever meet. She will be missed.