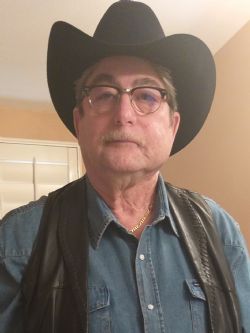 Don E. graduated from Post High school in 1969. He went on to graduate with a bachelor's degree in Chemical Engineering from Louisiana State University. He worked as an Engineer for companies such as SerfCo and Lewis among others. He married Brenda on February 13, 1993, before partnering to form Blackbrush Oil and Gas. He worked and mentored at Blackbrush for a handful of years before retiring to Bandera to spend more time with Brenda and his family.

He served as a deacon of First Baptist Church in Center Point, Texas.

He was preceded in death by his father, J.B. Cole; his mother, Sarah Adams Cole; and his daughter, Kacy Cole Glassinger.

A memorial service will be held at 2 pm, Friday January 13, 2023 in the Grimes Funeral Chapels of Kerrville, Texas with Brother Mike Herrington officiating.

Memorials may be given to the Alzheimer's Association at www.alz.org.

Hugs and love to Brenda. Prayers and condolences to all of y’all’s family.
I love you. Sheila

Uncle Don E you will be missed. From all the jokes and good times we shared to now I will cherish them all. You are definitely one of the good ones and heaven got a complete angel. My thoughts and prayers go out to Aunt Brenda and my Dad, Tommy Cole during this challenging time.

My prayers are with Brenda and the family. It was my honor and privilege to know Bro. Don E.