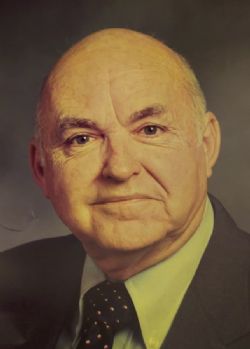 He went to Mt. Sterling High School. He graduated with a BS degree from University of Kentucky in 1956 and got a Master's degree of Science in Electrical Engineering from the Air Force Institute of Technology, Wright-Patterson Air Force Base, in 1964.

He was a Veteran of WW2 and served in the Army.

He was honored with numerous honors and achievements while working on the Apollo Program at NASA.

Albert Ray Turley was preceded in death by his wife, Cletus Turley; parents, Claude and Ina Turley; and his sister, Naomi Turley Jordan.

He will be buried along with his wife in Lexington, Kentucky.

The family wishes to extend our sincere thanks and love to our precious caregivers, Tish, Selene and Margaret, for all the love and care they showed Dad. Also, Peterson Hospice, who were the most compassionate, loving team! A big thanks to Dr. Young and of course many thanks to the people at Grimes Funeral Chapels.

Prayers for the family. Al will be greatly missed .