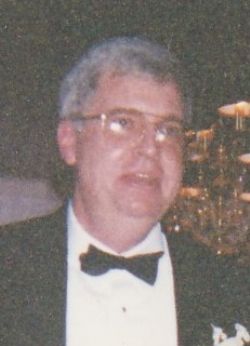 He attended Beaumont area schools and graduated from the University of Texas-Austin. He was a staff officer with the Central Intelligence Agency (CIA), having served abroad and in Washington, DC during the course of his 26-year career. He was the recipient of the Agency's Career Commendation Medal and the Honorable Service Medal upon retirement in 2006.

To say the least, Steve was an avid reader and proudly shared his extensive library with anyone.

Stephen was preceded in death by his parents, Roger and Jane Pipkin; and his brothers, Roger and Lynn.

A graveside funeral service will be held at 11 AM, Thursday, January 19, 2023 at the Hunt Japonica Cemetery, officiated by the Rev. J. Michael Wheeler.

In lieu of flowers, donations may be made to the St. Vincent de Paul Society of Kerrville.

Denise, So saddened over your loss of Stephen. We’re here for you!

Uncle Steve will be missed so much by all of us. The memories I have of him from my early years are some of my most treasured and best remembered. He was such a smart common sense man with an incredible handle on the world’s reality. He was an incredible man!

Denise,
I am so sorry to hear about Stephen. My thoughts and prayers are with you.